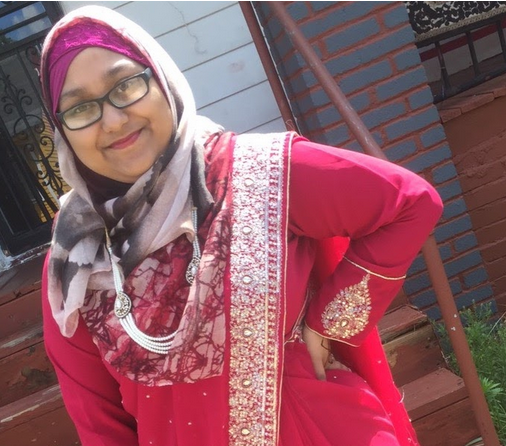 Norunuhar “Noony” Ali is a nursing student in her sophomore year at Oakland University (OU) with an affinity for babies and a passion to become a neonatal intensive care unit nurse. Noony is the fourth child of eight from a Muslim family. Her parents and three older siblings were born in Bangladesh before they immigrated to her home in Detroit, Michigan. Diversity and identity have played a critical role throughout Noony’s life and during her experience at OU.

What does diversity mean to you?

The big thing about diversity is being an open-minded person. Never close yourself off to opportunities because you don’t know where it’s going to lead you. And so, I always try and keep an open mind with whoever I meet, because you don’t know what this person has gone through, you don’t know their background, you don’t know how hard life has been for them or how easy it’s been for them ,or what they’ve gone through to end up where they are today, and so I feel like being an open-minded person is the least I can do for people. And I would want the same in return; I don’t want somebody to see me and then just judge me automatically. I would like somebody to get to know me.

Describe an encounter with someone from a different culture, background, or orientation that has positively influenced you.

How has diversity on OU’s campus shaped your growth as an individual?

I think from the people I’ve met. I grew up in an African American community, in a Bengali community. Then, in high school, that’s when I met all of the other cultures, but I never met a white person, so coming in for orientation at OU, I made friends with a white person very quickly which surprised me so much – my first encounter with a pure white person because I never grew up around white people. The neighborhoods I lived in, there were no white people in sight at all. Coming to college I met my first white friends – my first white friend ever. It was good to see that. And then, right after that, I made a friend with a Pakistani person [sic!]. Throughout high school, I didn’t really know anybody who was Pakistani so I made a really good friend, which is pretty cool.

Describe a story when you have felt oppressed or constrained. How do you feel you have overcome these constraints?

I feel like the most oppression I have felt is in my own family. For example, I wear a scarf. I started off wearing a scarf at the age of 3 or 4 years old, which is very young. Most parents would let their daughters choose to put it on. My mother put it on for us (my siblings and I) and so in that way, I feel like it got stripped from me – the power to be able to say I choose to wear this, not because somebody else made me do it. We were all forced to wear our scarves, in a sense that it didn’t seem forced because when you’re young, you’re impressionable… It’s changed; the way I’ve worn my scarf has changed throughout time, but the essential is that I still wear it. And I feel like it’s a bad thing because when you wear scarves, it’s supposed to have a really good meaning behind it, and for me, it’s just because it’s part of who I am and I never had the choice for it and it’s hard for me to take it off because I feel weird without it. There’s no real religious aspect for me for it; it’s just that it’s a part of who I am.

What do you want others to understand about your identity?