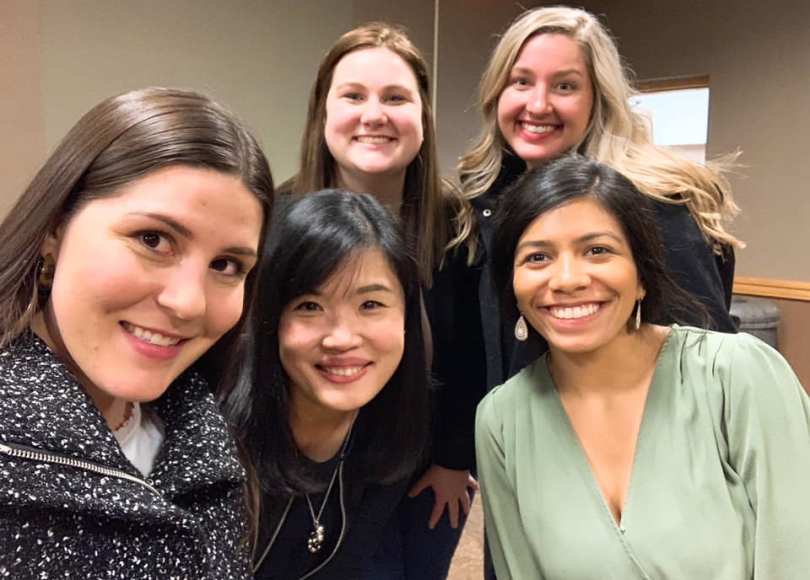 Born and raised in Taiwan, Chiaoning Su moved to the United States to purse her master’s and doctorate degrees in 2007.

Su attended Temple University in Philadelphia, and studied media and communication. While reflecting on her time there, she notes that it was far more diverse than Oakland University’s campus.

“When I first came to Oakland, I was nervous. Don’t get me wrong, students were extremely friendly, but I didn’t see a lot of different cultures represented,” Su said. “That worries me.”

Oakland University’s journalism program can be found down a hallway in Vandenberg Hall. The hallway holds two classrooms and four offices. Though the program is small, Su sometimes finds it hard to find commonalities with her co-workers.

“The difficulty isn’t always a language or cultural barrier. Most of my co-workers are married. It can be an awkward position to be in at times,” Su said. “People get married very early in Michigan, I’ve noticed. I have students who are already engaged.”

Su takes note of the differences in diversity between Taiwan, Philadelphia, and Michigan, but also in the ways people come together.

“Students want to learn about you. If you’re willing to give the students an education, you will learn something from them in return.”

The importance of different perspectives

Coming from a political family (her father is the Premier of Taiwan and her sister is a legislator), Su has worked on three political campaigns. In 2016, Su began teaching journalism and public relations at OU during the heat of the presidential election.

“I remember one class, I was talking about the presidential election,” Su said. “There were times where I felt like I needed to be on my toes, whether it’s what topic to cover or the wording I use.”

Su felt that this incident served as a reminder and an accusation.

“I try to be so careful because it’s not my responsibility to enforce any sort of ideology. I tend to be neutral on these topics because I don’t feel that I have a strong enough knowledge of American politics.”

Diversity in the workplace

As an advisor for OU’s public relations students, Su strives to teach about diversity and inclusion in the workplace.

“We hosted a panel last semester about the topic of diversity and how minorities can make themselves heard in professional settings,” Su said.

Recent controversial advertisements like Kendal Jenner’s Pepsi commercial and H&M’s “Coolest Monkey in the Jungle” scandal prove that diversity in the field of marketing is important.

“From my perspective, as a PR professional, things like that just blow my mind,” Su said. “Ads like that have to go through so many levels of decision making – and no one spoke up.”

Now in her third year of teaching at OU, Su uses personal stories to educate students on relevant topics.

“If I talk about the immigrant situation in our country, I probably wouldn’t comment on the topic but instead I would use myself as an example,” Su said. “I think people need to have that personal connection. By saying ‘What if this happened to my professor?’ it puts a topic that may be foreign into perspective.”