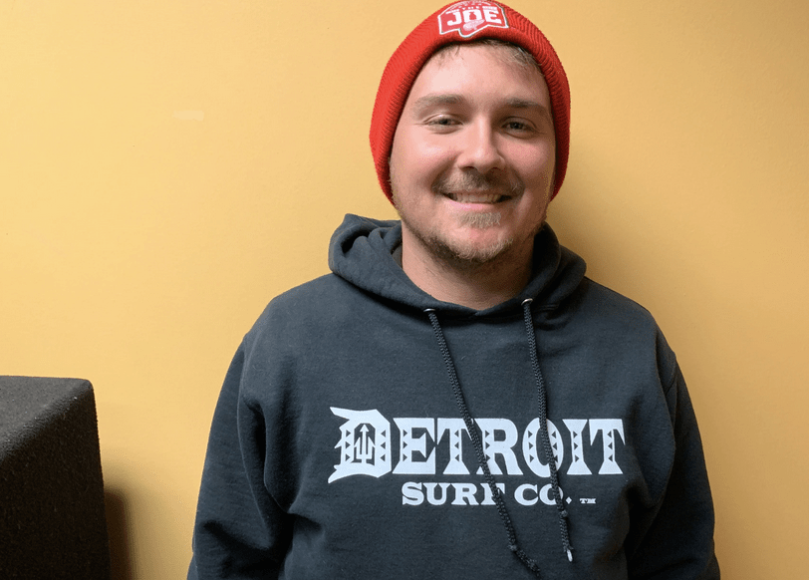 We all have an immigrant story.

Every family has a different and unique story about their history and origin.

For our simple digital story, I sat down with Oakland University fifth-year senior Grant Richards and discussed his immigrant story. You can listen to our full conversation on the JRN 4100 Multimedia Journalism Podcast.

Richards’ immigrant story begins with his grandfather, Robert Yaworksy, who came to the United States from Poland through Ellis Island.

Upon his arrival to the U.S., Yaworksy realized that with a new life had to come new changes to adapt to the culture and life in a new environment. So, he changed his last name to Richards.

“He didn’t think any of his future could get a job with the last name Yaworksy,” Richards said. “That [the name change] was the most interesting thing I ever heard about my heritage.”

The entire process was stressful for Richards. Getting to Ellis Island, the name change, adapting to his new life, everything was a concerning and stressful process when Richards arrived to his new home.

Richards suffered from acculturative stress during his immigration process.

Psychology today defines acculturative stress as the stress faced by immigrants before, during and after the immigration process.

Though Richards mentioned that his grandfather was not much of a talker, he knew just how stressful the process had to be for him.

To leave everything you’ve ever known behind, to pick up and start a new life elsewhere knowing nobody or nothing about where you were going had to be a dramatic experience not just for Richards, but for anybody who had to go through this entire process.

Acculturative stress has impacted a high percentage of people throughout the last number of years.

Seeing it first hand with a close family member, Richards urges that better awareness is brought for those who go through the immigration process.

“There needs to be more communication. The thing we’re missing the most is communication,” Richards said. “Whenever I am stressed, if I can talk it out with someone, that’s a huge help.”

Richards mentioned that if there are more people available to help get others through the immigration process by simply talking with these individuals and reassuring that they are not alone, it could go a long way in bringing awareness to acculturative stress.

Acculturative stress is a real thing.

Whether you have experienced it first hand or not, don’t be afraid to lend a helping hand.

It would make a bigger difference than you might think.